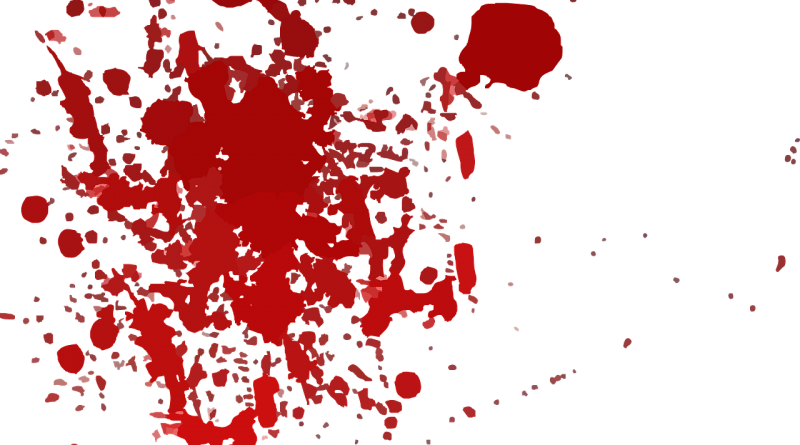 …The human race would not exist (or continue) without periods, so let’s start normalising the conversation about them!

And one of two things happened to you when you read it:

2- Oh, it did gross you out? Come on, engage with it. I know it sounds like it’s something you should be afraid of, but in reality it’s quite the opposite. And irrespective of your age, you’re old enough to learn about it. So, seriously, let’s talk…

SO, WHAT EVEN IS A PERIOD?

To steal the answer from a book I read – Nathalie Byrne’s brilliant illustrated book Period:

One thing that changes as someone with a female-born body* grows up, is the start of menstruation, also known as a period. And a period is when some blood** from the womb leaves the body through the vagina (and that blood contains an unfertilised egg).

*people who identify as men can have periods, as they are transitioning gender.

You can read about periods in a lot more detail in this handy article.

THE CULTURE OF FEAR

So, here are three main reasons why you shouldn’t fear PERIODS.

1- They’re natural and subsequently nothing to be embarrassed about. In fact, they happen monthly (ish) to half of the people you know. Which makes the fact that they’re expensive to have all the more troublesome too!

2- Periods are a sign of good health – they show that everything is well, and that the body is ready and able to have children.

And going on from that…

3- They’re a sign of strength. Besides the fact that more than half the population can bleed for days at a time and not die, the human race would literally not exist (or continue) without periods.

We all love talking about sex, right? Well, let’s pay tribute to periods by talking about them too. Because without them, (reproductive) sex would simply be completely pointless.

So, the next time you hear the word PERIOD, don’t laugh. Instead, think, “HELL, THEY’RE MAGICAL*!”

*Because they are a life force. The blood is full of nutrients – some people even us it as plant food(!) – and it’s the thing an embryo attaches to when its fertilised, meaning human beings can exist.

Now, I’m not saying go around asking all the people you know who have periods if they’re currently having one or not – while they’re not secret, people may want to remain private about them, so let’s respect that.

BUT, you can certainly ask more about them more broadly. I sure did in researching this article…

And in doing so, the conversations you have will go some way to helping to break the age-old stigma around them, a stigma which exists across nearly all cultures around the world.

THE STIGMA AROUND PERIODS

People are weird about periods. This stigma seems to be predominantly based around 2 things:

The (damaging) effect: The silence around periods creates a culture of shame* around women having them, and around being a woman in general, which isn’t cool.

*Period shame exists in lots of different cultures. People may have sensitivities around this time of the month, and attending religious functions, for example – so be aware, be open, listen, and ask questions if you want to.

Periods may seem scary and just ‘women’s business’. But actually, if you have female friends, or partners they are likely to have regular periods, are likely to be affected by them; both physically (blood, pain, cramps, migraines, nausea, vomiting) and mentally (mood swings, foggy brain). Everyone experiences periods differently, but there’s no reason not to be sensitive to this.

In short, it’s a whole cycle of events, not just 3-5 days of blood.

TIME TO BUST SOME MYTHS

You don’t need to have a womb or a period to be able to understand them.

So, let’s all (those of us who identify as men) make an effort to bust some myths, and talk about something which is about as common as any of the following:

1- Nearly everything you can think of.

2- All the other stuff that you can’t think of too.

There’s no point avoiding it. Instead, dive in and get to know periods.

That said, while we acknowledge that periods don’t need to be scary, starting a conversation around them can be.

If you want to ask someone about it, our suggestion of where to start is this question: “What’s it like to have a period?”

And here’s some further reading/listening to help you along in your period-learning journey too: 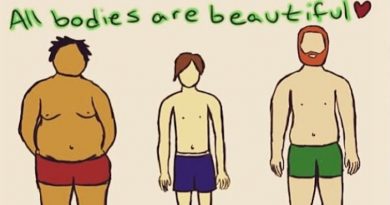 Male Body Positivity: It’s Just As Hard To Be Ken As It Is To Be Barbie 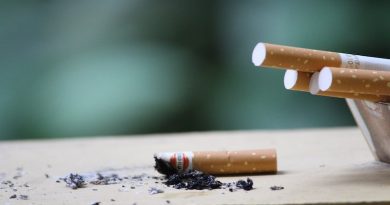 How To Quit Smoking – A Fumble Starter Guide 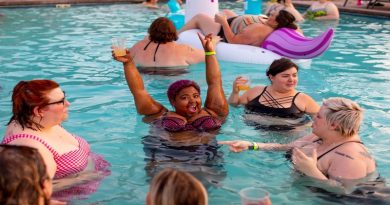 How To Stop Fat Shaming People