It’s time to celebrate the BIcons of the world. We’ve compiled a list of some of our favourite bisexual musicians, actors, and fictional characters in order to celebrate bisexuality in all its brilliance

The fight for the recognition and validation of bisexual/pansexual identity is an ongoing battle in today’s society. Bisexual people are often depicted as ‘greedy’, ‘indecisive’ or just ‘experimenting’ – with some people refusing to see bisexuality as a real sexual identity.

To all those who say bisexuality isn’t valid, we say…

So without further ado, I present our 18 fierce and fabulous BIcons!

In an interview in 2017 the Arrested Development actress told Out Magazine that, “I was a tomboy growing up, and I remember my mom asking me when I was 10, “Are you attracted to boys or girls?” I said I don’t know. Now I consider myself bisexual, and I think balancing my male and female energies has been a big part of me growing as an actor.”

Angelina Jolie is one of the most famous mega-stars of Hollywood. In 2003, Barbara Walters asked if Angelin was bisexual. She responded “of course”. She also told OK magazine that “I have loved women in the past and slept with them. I think if you love and want to pleasure a woman, particularly if you are a woman yourself, then certainly you know how to do things a certain way.”

The True Blood and X-Men star took to Twitter in 2014, announcing that she is “Proud to be a happily married bisexual mother. Marriage is about love not gender.” She is currently married to actor and director, Stephen Moyer showing that it doesn’t matter who you’re in a relationship with, bisexuality is always valid, and always a part of who you are.

4. Annalise Keating (How To Get Away With Murder)

She may be a fictional character, but Viola Davis portrayal of Annalise Keating on HBO’s HTGAWM has done so much for promoting and normalising bi-visibility on primetime TV. Keating has relationships with men and women, without it being the focal point of her characters story. 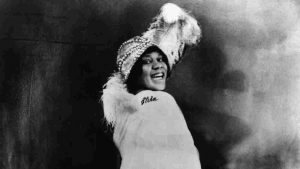 Bessie Smith was arguably one of the most popular female blues singer of the 1920s and 30s, referred to as the “Empress of the Blues”. She was known to have relationships with women, as well as men, including her lovers Gertrude “Ma Rainey” Pridgett, known as “The Mother of the Blues” and Lilian Simpson.

Billie Holiday was one of the most influential and prominent jazz vocalists of the 1930s. She was openly bisexual. She had romantic relationships with both men and women. Most of the relationships she had with women were with stage and film actresses.

Cynthia Nixon is the first openly queer women to run for New York governor. Unfortunately last month she was pushed out of the running, but had she won she would have been the first bisexual women to hold the position. Cynthia often mistakenly gets called a lesbian, which is symptomatic of bi-erasure. She is currently married to a woman, but has identified herself as bisexual throughout her career.

David Bowie refused to conform to gender norms. He brought his own unique artistry to his music, aesthetic and lifestyle. He was an inspiration for bringing queer culture and aesthetic to the forefront of the mainstream in the 1960s and 1970s. David Bowie identified as gay, bi and straight throughout his life showing us that sexuality is fluid and that labels don’t really matter.

Demi Lovato has long been a LGBTQ+ advocate and has said she’s open to dating both men and women. Lovato has had her own battles with mental health, living her life under the spotlight from a young age and constantly under media scrutiny.

Dolores del Rio was one of the most important and influential female figures in the Golden Age of Mexican cinema in the 1940s and 1950s, and the first Latin actress to achieve international fame. She was part of the phenomenon of the ‘The Sewing Circle‘ – a phrase describing the underground lives of lesbians and bisexual films actresses.

Dusty Springfield is a legend, an icon and a star. She is famous for introducing rhythm and blue to British pop music. She was a defiant, multi-award winning artist. Dusty refused to fit in with the standard music industry stereotype for white female artists and broke the mould with her music and sexuality. She openly had relationships with men and women. This was extremely taboo during the 1960s and 1970s. Her career took a hit because of her sexuality but Dusty came back stronger than ever, sticking the middle finger to homophobic attitudes.

The WestWorld and True Blood star gave an empowering speech about her sexuality at the LGBT Gala in North Carolina in 2017. She talked about the importance of bisexual representation and visibility. In her speech she said “it wasn’t until I saw the effect that it had on other people that I really started to see how powerful really allowing your most vulnerable parts to be seen was. I saw another side to what I did, and it was the power of visibility.”

In 2012, Frank Ocean wrote a powerful and honest letter about his sexuality, which he posted to his tumblr account. In this letter he recounts falling in love for the first time, writing “Four summers ago, I met somebody. I was 19 years old. He was too. We spent that summer, and the summer after, together. Everyday almost. And on the days we were together, time would glide. Most of the day I’d see him, and his smile…”

Freddie Mercury, the legendary Queen frontman, is a queer icon and was a proud member of the LGBTQ+ community. He always stated “I am who I am” whenever asked about his sexuality. He married Mary Austin at the age of 24, they divorced and he spent the rest of his life with Jim Hutton, until his death from AIDS in 1991. Freddie is normally portrayed as gay by the media, erasing his bisexuality. He wrote the song “Love of My Life” about Mary, and left all his possessions to her when he died.

Janelle Monae is as a force to be reckoned with. The release of her latest album, Dirty Computer, embodies Janelle’s own queer artistry and a F*%K you attitude to the narrow boxes of gender and sexual conformity. She dedicated the album to all the “young girls, young boys, nonbinary, gay, straight, queer people who are having a hard time dealing with their sexuality, dealing with feeling ostracized or bullied for just being their unique selves.” In a recent interview she told Rolling Stones magazine that ”Being a queer black woman in America… [and as] someone who has been in relationships with both men and women – I consider myself to be a free-ass motherfucker.”

Piper Chapman is the main character in Netflix’s award winning show Orange Is The New Black. The show portrays complex LGBTQ+ characters and relationships free from stereotypical clichés. Piper has romantic relationships with men (Larry Bloom) and women (Alex Vause and Stella Carlin). Piper’s relationship with fellow inmate, Alex Vause, is a focal point of the plot, with Season 6 ending with their prison marriage.

Tessa Thompson is the star of Dear White People (film), WestWorld and Janelle Monae’s motion picture for Dirty Computer. In an interview with Net-a-Porter earlier in 2018, Tessa stated that “[In my family] you can be anything you want to be. I’m attracted to men and also to women. If I bring a woman home, [or] a man, we don’t even have to have the discussion.”

If you’re exploring and figuring out your sexuality, Brook has amazing resources, advice and information on sexual health and wellbeing.

You can read also read our blogs: A Queer Coming of Age Story and I’m Here, I’m Queer and Still Getting Used To It all about two Fumble contributor’s own unique journey’s in discovering their sexuality. 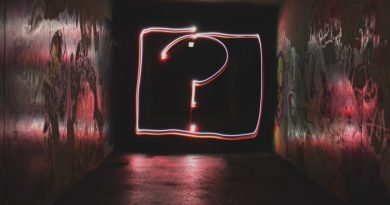 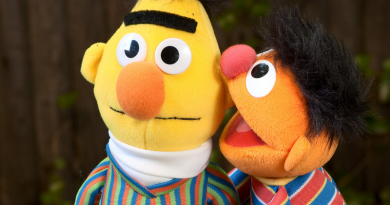 Blog: When Coming Out Lasts A Lifetime