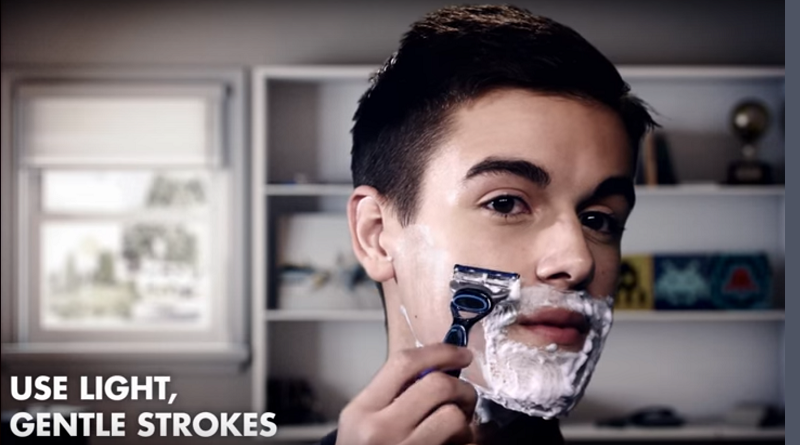 Some of the men on the Fumble team share their first encounters with a razor. Lots of well-groomed wisdom ahead

I was a bit of a late bloomer. I didn’t start shaving regularly until I was around 19, and even then it was only once or twice a week.

The very first time I didn’t have a razor because I’d never needed one. My dad uses a beard trimmer but had a rusty old disposable Bic in the bathroom cupboard. I grabbed it and when I was in the shower went for it, with no mirror or shaving foam or anything. I had no idea which direction I should be going, how hard I had to press, how many times to go over the same area. There wasn’t much to get rid of anyway, but I wanted it gone.

I never asked my dad for help for a number of reasons. The main one being I thought I was old enough to do it myself and didn’t want to feel like a child. There was none of that father and son shaving in the same mirror you see on television. I wanted to keep my independence so just figured it out on my own – admittedly he could have helped me do it right quicker (and saved me however much money it was buying a razor myself, because they’re not exactly cheap).

And I wish I’d known about Nivea’s post-shave balm when I was 18, because that white liquid feels like angels touching my chin after a shave and can really take away that cheek-slapping sting.

When I had my first shave, I fully anticipated that the experience would lead to the unintentional cutting of a precious vein and Hammer Horror style theatrics with added flailing and weeping at the bathroom mirror.

Rather disappointingly (or indeed, fortunately), there was nothing quite so dramatic as this. It was so much of a non-event, in fact, that I can barely recollect it.

Having studied assiduously my father’s relaxed technique of rolling the razor comfortably around his jawline like a hamster inside a ball, I firmly gripped my own razor with a youthful defiance and switched it on.

With my mother’s wise words of ‘shave with the grain’ whispering through my mind, I gently applied the razor to my face. So gently in fact, that it made little recognisable impact. My father reassured me with a disquieting comment that ‘this will be the smoothest shave you have’ given the new blade, and so I renewed my efforts, this time making successful contact between my razor and my face.

With great aplomb, I shaved my face and, with a slap of Lynx ‘Voodoo’ aftershave that made my eyes water, entered the world of ‘manhood’. Job done.

My first shave was tame and boring, with liberal application of shaving cream and precious few hairs removed.

I’ve never been that hairy. Now approaching thirty, I still get away with shaving the night before and still looking clean shaven in the morning.

As such, there was never really that moment where my Dad took me to one side and said ‘son, for God’s sake we need to sort this fluff out’. Instead, at the age of sixteen I decided I’d better learn how to do it whether I needed it or not.

I didn’t need it.  Nor did I really need it until I was about twenty one, but because my work required me to be clean shaven every day I made an effort to scrape a blade across my face for the sake of it.

I remember sharing a room with a colleague at one point and the sheer look of shock on their face as I passed the razor across my face completely dry.

Not long after that I invested in a full proper shaving kit, and my second ever razor (I’m actually not kidding.  It turns out that if you wear a towel and rub the blade downwards on your thigh between strokes it’ll remain sharp pretty much indefinitely) along with a bar of soap, an old-fashioned badger brush and a stand.  I haven’t looked back.

For more shaving tips, Gillette have done a handy set of video tutorials on YouTube – with special editions dedicated to specific issues you might have, including shaving with acne or tackling coarse beard hair. Lather up, or not – it’s up to you! 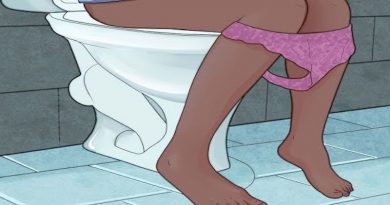 Is My Vaginal Discharge Normal? 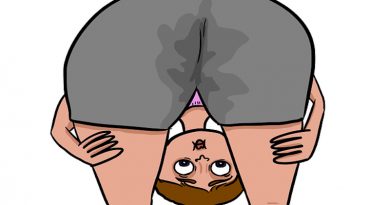 How to Drink Alcohol Safely